so, I’m typing this on the plane from Changi to Frankfurt in my phone (0500 hours) and by the time this post gets published, I would’ve been approximate three hours into my connecting flight from Frankfurt to New York. I’m counting on there being wifi at the airport in Frankfurt to post this up so *fingers crossed*

this is honestly a very exciting experience for me because it’s my first time flying alone (not with my parents and not with a school group) and it’s a long haul flight. to add to that, I’ll be in the United States for slightly over two months (<I>gasps</I>)
the flight right now (SIN -> FRA) is being a really huge pain in the ass (literally and figuratively because my ass hurts): I specifically chose a seat far away from the bassinets to avoid crying children (<I>yuck</I>) BUT somehow, to my left theres a couple with a goddamn baby that starts crying sporadically throughout the flight (<I>ugh</I>)
so much for strategic seating. I wish somebody banned crying children on planes already: it’s bad enough that I have to sit in a tiny chair for thirteen hours in a really cold cabin and keep a watchful eye over my valuables; a wailing child does not make the situation any better. also, the person on my right doesn’t seem to be able to grasp the concept of personal space; <I>oh</I> the perils of flying in economy class 😥
p/s: it should really be ILLEGAL for children below a certain age to travel without a noise-canceling muzzle
p/p/s (0955 hours): the lady on my left is currently changing her son’s diaper ON THE SEAT ITSELF, when there are tables in the lavatories that transform the lavatory into a changing station. no wonder people think Singaporeans have a heightened sense of entitlement when they travel. smh I really hope they fumigate these planes after every trip or something
p/p/p/s: oh dear god there’s another crying child on my right and its noisy as fuck I’ve had a screwdriver and a tiny glass of Chardonnay and it isn’t enough to drown out the chaos that is two children crying in the same cabin
complaints aside, I’m really really excited to get to New York to do my seven-week internship! I was feeling rather apprehensive about it because I realised that two months away from home might make me rather homesick but then again I’ve been bitching so much about leaving Singapore during the academic year that this trip is practically a godsend. I promised myself that I wouldn’t cry at the airport after saying goodbye to my parents (and my mom reminded several times not to cry) but I ended up tearing anyway— be it from sentiment or from excitement, I have no clue. it’s a rather huge eye-opener, given that I’m rooming with a third-year CNM student whom I don’t even know and I’m going to spend a lot of time meeting up with various friends around the area. I thought living in hall would teach me to be independent but that has nothing on traveling alone in a strange and foreign land (hahaha)
I’ve been having this feeling of forgetting something since I left home for the airport and I just realised that I left my planner at home -.- as if I needed more chaos and disorganisation in my life
😐
so it’s been slightly over five hours into my first flight and I’m already missing so many things and people: I miss my home and my dear friends. this flight feels so cold because I know no one and everyone’s asleep anyway.
I am filled with excitement and fear and everything in between: thankful for my parents for letting me go on this trip and the allowance and the new camera, thankful for the opportunity to actually be embarking on this, just… thankful. there are so many things that I want to see and it’s a godsend to be doing this.
I’ll update with more pictures (hopefully of places of interest) once I get around to taking them 🙂
<s>love</s> SEND HELP
clar 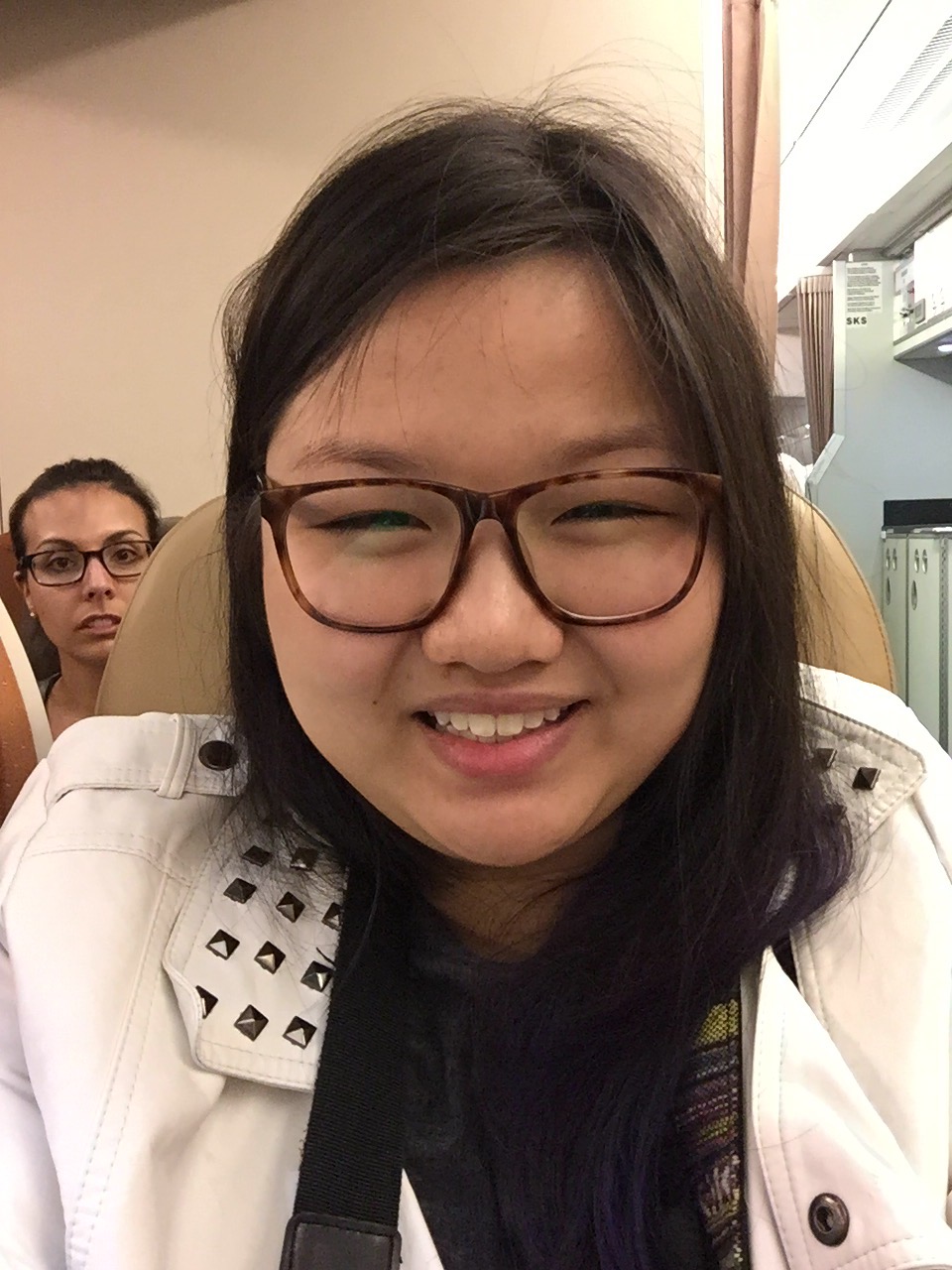 others must know about this? well then:

View all posts by Clarissa